When I started (September 2001) the personnel count was less than 20. We had one cracker, one dizzy, one oven and the majority of the products processed through the facility was Spanish Garlic Puree. We had a single rack electric oven which cooked one product for a company called LBD in Barnsley.

Everyone was flexible where they worked and no-one was exempt from any particular jobs.

It was about this time (September – December 2001) when we started to import Garlic Puree from China. Jon and Bill spent a lot of time in China getting the factories in China in-line with UK BRC legislation to allow us to sell and use it.

Ian had already purchased a new 4 rack oven when the single rack one broke and melted as the timer was faulty, it came on overnight and burned itself to destruction, there was a rush to install it and for a period of time it ran off bottled gas. Improvements to the facility and new machinery were very limited and it was over a year into my term that Jon finally agreed to having a proper ceiling and a painted concrete floor turned into a resin based sealed floor. In High Care we had one mixing tank (we called it the Milk Tank) which had paddles and a fridge plant built in – this used to freeze solid when left on too long. We soon purchased Tank #2 which had a refrigerant jacket with an external fridge plant on the outside of the building. Once the new oven was installed we started to cook much more and one of the biggest orders was ‘buttered onions’ for Tulip (which we still do!) at Linton.

All the orders were hand written on magnetic strips and stuck to the board in days (each day had a different coloured pen). This process was the bright idea of Ian Gallie and I am assured it was used by air controllers to govern planes… we rarely crashed! This system was used until 2013 when SAP took over, some of the boards and the magnetic strips can still be seen across the site in different areas. 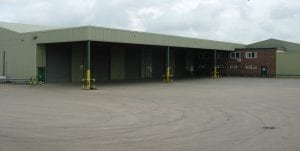 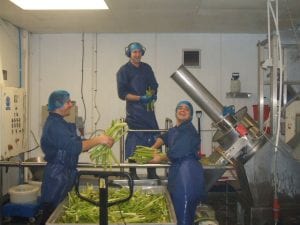 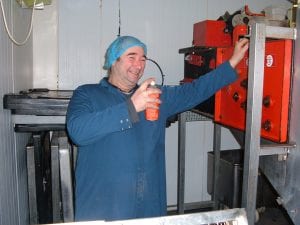 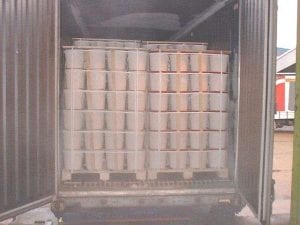 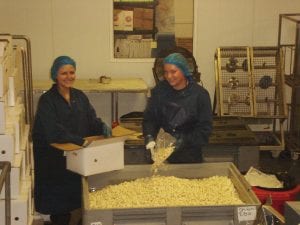